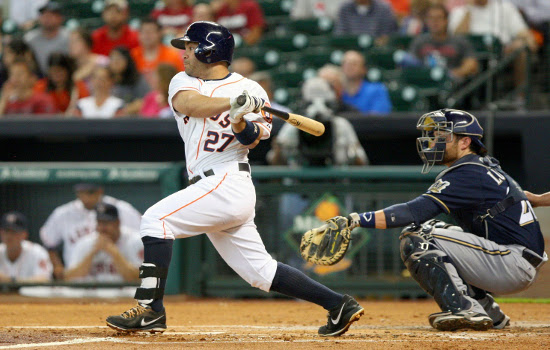 Jose Altuve leads the major leagues in hits (102) and is second and third in batting average (.336) and stolen bases (26), respectively.

END_OF_DOCUMENT_TOKEN_TO_BE_REPLACED

Gabe Kapler has been busy ever since he was named the new Phillies manager a few short weeks ago. He was given the tough task of finding the right staff that will create a strong balance of progressive and traditional baseball coaches. One name that really stands out thus far is the newly announced hitting coach, John Mallee.

John Mallee, interestingly enough, started his baseball career as a Phillie. He played two seasons for the Phillies in the minor leagues in 1991 and 1992 before deciding to focus on coaching. So, you could say he has a little bit of history with the franchise.

His resumé as a hitting coach isn’t lengthy, but he has been one of the best hitting coaches in the league since 2010. John has a track record of being around amazing players during their formative years. He started his hitting coach career serving the Marlins in two seasons from 2010-2011. Spending important years with a guy named Giancarlo Stanton, John helped the power hitter gain footing at the Major League level.

END_OF_DOCUMENT_TOKEN_TO_BE_REPLACED 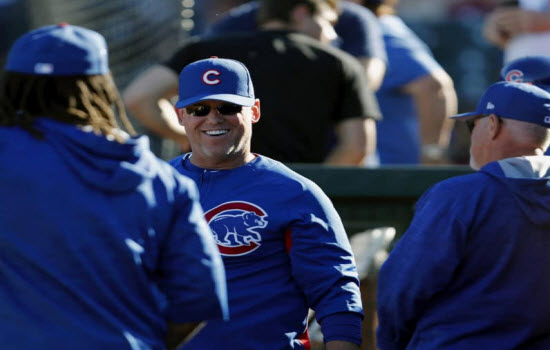 The progress of the Philadelphia Phillies’ young hitters was one of most encouraging developments in 2017.

It now falls on John Mallee to build on those improvements.

The Phillies named Mallee, 48, their hitting coach on Friday as manager Gabe Kapler works to put together his coaching staff. Mallee is the team’s third hitting coach in three years.

The organization also announced Rick Kranitz will return, though his role on the staff has yet to be determined. Kranitz, 59, served as the assistant pitching coach this past year after joining the team in 2016 as the bullpen coach.

Dusty Wathan, a finalist in the managerial search, has been promoted from Triple-A manager to the Phillies’ third base coach, his first big-league coaching assignment. The 44-year-old Wathan has been in the organization the last 12 years, including the last 10 managing in the minors. What happens to Juan Samuel? Samuel, whose work with the outfielders and particularly Odubel Herrera has been valuable, served as the Phillies’ third base coach in four of his seven seasons (2011-12, 2016-17) on the staff.

I would like to thank all the teams that showed interest in me on my new journey. I chose the Philadelphia Phillies. Gifted young talent,

been thru this before with Astros and Cubs. New chapter, Same book, Game on. #LetsDoThis

But the decision to hire someone with a background like Mallee’s is pivotal given the makeup of the Phillies’ roster. Their main starting lineup in 2017 featured seven players between 23 and 27 years old. That doesn’t even include Rhys Hoskins (24) and Jorge Alfaro (24).

His experience working with rebuilding teams and young hitters may make this an ideal fit. Mallee notably worked with Jose Altuve and World Series MVP George Springer during his two seasons with the Houston Astros (2013-14). A 12th-round pick of the Phillies in 1991, Mallee also worked as the Marlins’ hitting coach from 2010-11. In two minor-league seasons with the Phillies, Mallee, a middle infielder, hit .208 with a .313 on-base percentage in 115 games.

In his three years in Chicago (2015-17), the Cubs posted the highest on-base percentage (.3343) among all National League teams and the second-highest among all MLB teams behind only the Boston Red Sox (.3344). They also scored the second-most runs (2,319) in the NL and had the second-highest OPS (.756), trailing only the Colorado Rockies in both categories (2,406 and .774), during Mallee’s tenure.

However, Mallee was fired by the Cubs after their season ended in the National League Championship Series, ousted by the Los Angeles Dodgers in five games.

In explaining the decision to dismiss Mallee, Cubs manager Joe Maddon cited the team’s offensive woes in two of their last three playoff appearances and the desire for a different voice during an October 26 conference call with reporters.

The Phillies’ young hitters enjoyed working with hitting coach Matt Stairs in his lone season in the role. Stairs, who joined the San Diego Padres in the same position this offseason, built a connection with his hitters and helped the offense become more patient. Philadelphia averaged 3.94 pitches per plate appearance, tied for third most among NL teams. It didn’t necessarily translate well to scoring runs as the Phillies’ 4.26 runs per game were fourth fewest in the majors, which was actually better than their 2016 performance when they were the only MLB team to average less than four runs per game (3.77).

The Phillies’ 74.7 contact percentage was below the league’s average of 75.7 percent in 2017, though that was better than Mallee’s Cubs (74.2). While that appears to be a small difference, it adds up over the course of a 162-game season. Both teams had a tendency to chase balls out of the zone. The Cubs (31.3 percent) and the Phillies (30.9) ranked in the top 10, according to FanGraphs. That the Cubs’ struggles mirror the Phillies’ in this area is concerning and something Mallee must correct.

Figuring out how to perform better in key situations – runners on third with less than two outs and runners in scoring position, in particular – won’t be an easy fix. Maturity and big-league experience should help the Phillies’ young hitters moving forward. But too often last season, hitters appeared to be trying too hard to drive in runners, at times wildly swinging at pitches out of the zone without any semblance of an approach. With a runner on third and less than two outs, the Phillies hit .288 (27th) with a .328 on-base percentage (28th) and a .442 slugging percentage (29th). Only three teams drove in fewer than the Phillies’ 167 runs in such situations. They weren’t much better hitting with runners in scoring position, either, facing similar problems with too many strikeouts and an inability to drive the ball.

Hoskins’ power surge certainly helped boost the Phillies’ slugging numbers, but even with his addition to the lineup in early August, the offense finished with a .409 slugging percentage (25th in MLB), .723 OPS (26th) and 91 OPS+ (tied for 26th). Meanwhile, the Cubs ranked in the top quarter in slugging and OPS and the top third in OPS+.

While the Phillies and Cubs were both above league average in strikeout percentage at 23.1 percent and 22.3 percent, respectively, Mallee’s task will be to turn the beginnings of the plate patience Stairs was implementing into an approach that sparks more walks. The Cubs’ 9.9 walk percentage was second-best in MLB in 2017, trailing only the Dodgers’ (10.5 percent). Philadelphia was below average at 8.1 percent.

Of course, some players won’t be able to completely change. Nick Williams’ inability to draw walks in the minors was a noticeable weakness in his game, recording a 5.0 walk percentage over six minor-league seasons. And though Williams slightly improved during his 83 games with the Phillies (5.8 percent), it would be unrealistic to expect a dramatic spike, particularly if he can’t reduce his whopping 28.3 strikeout percentage.

Mallee’s experience working with young hitters on rebuilding teams provides invaluable knowledge. The similarities between the Cubs’ offensive struggles in 2017 and the Phillies’ are a concern, but it presents an opportunity for Mallee to learn from the past year and make the necessary adjustments as he works to build a young, formidable lineup.

PHILADELPHIA — The Phillies have found Matt Stairs’ replacement in the batting cage.

The club announced Friday afternoon that three coaches have joined manager Gabe Kapler’s staff: Dusty Wathan, Rick Kranitz and John Mallee, who spent the past three seasons as the Cubs’ hitting coach. Mallee replaces Stairs, who enjoyed success as the Phillies’ hitting coach in 2017. But after the team announced that Pete Mackanin would not return, it informed his staff that they should explore other employment opportunities. Stairs took a job with the Padres.

END_OF_DOCUMENT_TOKEN_TO_BE_REPLACED

PHILADELPHIA >> Their new manager in place, the Phillies have begun to surround Gabe Kapler with a staff.

Mallee was the Cubs’ hitting coach from 2015 through 2017, including the world championship season of 2016. During his time in Chicago, the Cubs led the National League in on-base percentage. A 12th-round Phillies draft choice in 1991, Mallee previously was a hitting coach for the Miami Marlins (2010-2011) and Houston Astros (2013-2014). He played two seasons in the Phillies’ minor-league system.